Working Together On The Things That Matter 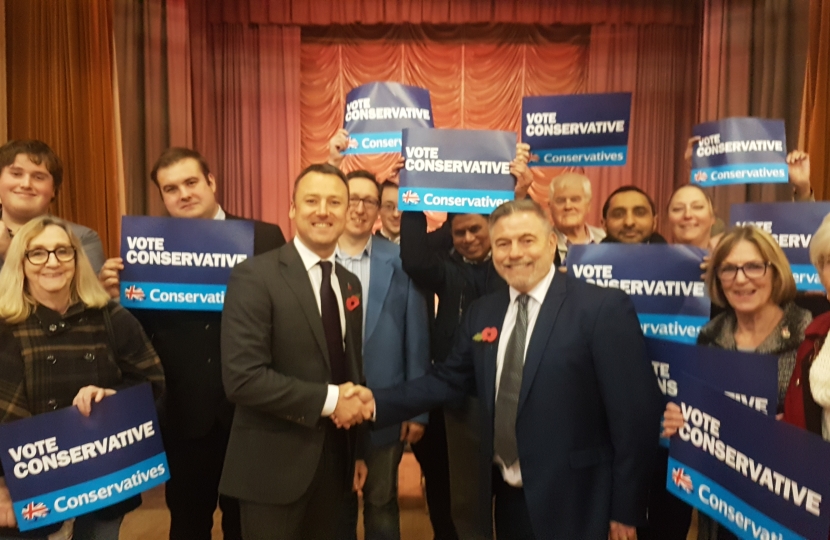 Councillor Brendan Clarke-Smith has been selected as the Conservative Party candidate for Bassetlaw for the 12th December general election.

Brendan is a teacher. His wife Andra (who is an EU national) is a doctor at Bassetlaw hospital. They have a young son.  Brendan is the Conservative district councillor for Boughton & Walesby, having gained the former Labour stronghold in May.  He was a member of the Bassetlaw Vote Leave campaign that secured the historic 67.8% that voted to leave the EU in 2016.

Brendon was brought up on a council estate in Nottingham. He was the first member of his family to go to university.  He was elected as a Conservative councillor at the age of 22, representing the council estate he grew up on. He was one of the Conservative European candidates for the East Midlands in 2014 and 2019.

Brendan's priorities are getting Brexit done, the NHS and education.  He wants to 'talk up' Bassetlaw Hospital instead of talking it down as it has been continually by the former Labour MP over the last 20 years.

Bassetlaw Conservative Association said "Conservatives in Bassetlaw have selected a fantastic candidate. He has a back story that will resonate with the people of Bassetlaw."

🏡 Calling for a pause to Bassetlaw's Local Plan

Today I added my name on a letter to the Chairman of Bassetlaw District Council. This letter called for a pause to the Bassetlaw Local Plan, and requests that the council create a cross-party sub-committee to review its proposals.