Fraser was born in Mansfield during the final years of Margaret Thatcher’s premiership to a working-class family living on a council estate. Through hard work and dedication, he was the first member of my family to go to University in 2007, when he attended the University of Lincoln to study politics.

After completing his degree, Fraser was worked as election agent in Mansfield at the 2010 general election, in which he reduced the Labour majority from notionally 18k to 6k, leading the way for the seat to be gained by the Conservatives in 2017.

In 2012 Fraser started working for the Conservative Party in Reigate in Surrey. Reigate were one of only a handful of Conservative Councils that Conservatives made gains, against the national trend. Fraser started a local branch of CPF, which won an award for inviting local school governors to attend a debate on education with Crispin Blunt MP.

Fraser then moved to Wiltshire in 2013 as Campaign Manager and won the first by election in that area, since the change to unitary status.

In 2014, Fraser moved to Suffolk Coastal and doubled Dr Therese Coffey’s majority from 9k to 18k and winning a record number of council seats.

After the general election, Fraser moved again, this time to Wokingham and worked on several election campaigns, including re-electing Sir John Redwood MP in 2017. He campaigned and led for Vote Leave in Bracknell and delivered the only leave result in Berkshire.

In 2020, Fraser joined Brendan’s team in Bassetlaw and was recently promoted to his Chief of Staff, working in the constituency. 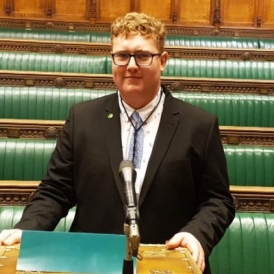