Conservatives in Bassetlaw will be adopting their parliamentary candidate to fight the December general election on 8th November.

Association Chairman Drew Smith said the 250 members will be choosing Bassetlaw's next Member of Parliament from a shortlist of three.

The Labour party in Bassetlaw have selected a remain backing London councillor to stand in place of former MP John Mann. Camden councillor Sally Gimson is one of Jeremy Corbyn's Islington elite.

Drew Smith said "Labour have chosen a remainer from London who knows nothing about Bassetlaw, its people or its problems. She has labeled leave voters as old and little Englanders. Not a smart move in a constituency that voted by 67.8% to leave the EU."

Let's ensure by Friday 13th December we send this disrespectful, odious woman back to where she belongs. Camden! 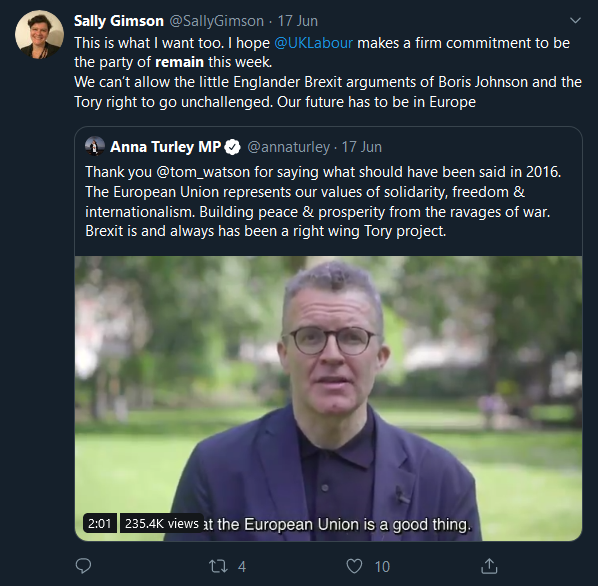 For our Campaign Spotlight on the Hartlepool By-Election, meet Jill Mortimer, the Conservative candidate for Member of Parliament in Hartlepool.