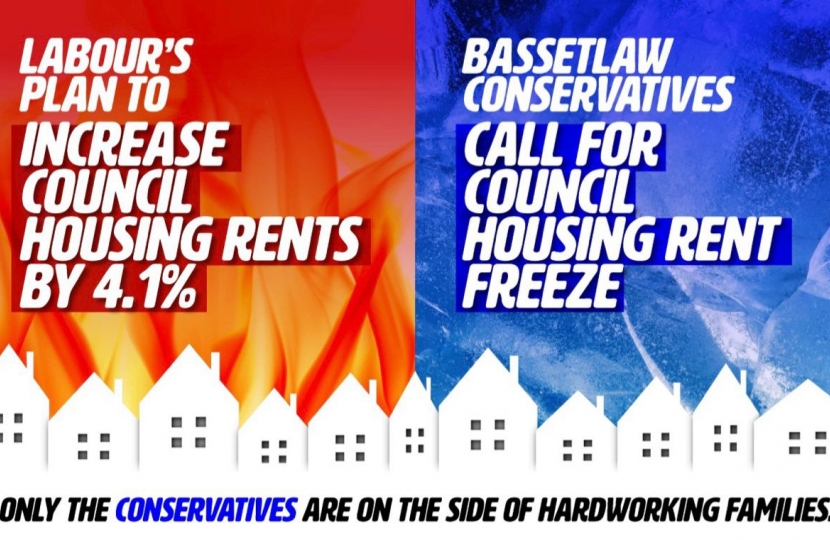 Bassetlaw Conservative Councillors are calling on Bassetlaw District Council to freeze Council housing rents. The Council is currently proposing a 4.1% increase for social housing tenants from April this year.

Cllr Gerald Bowers said “Now is not the time for the Council to be increasing Council housing rents by 4.1%. As Bassetlaw recovers from the pandemic, we must do all we can to support residents. That is why The Conservatives are calling on these rents to be frozen for the next twelve months. These proposed increases will hit the poorest in our communities. We believe this increase is not just unfair but discriminates against those who can least afford it”.

Leader of the Labour controlled district council Councillor Simon Greaves claims that they have been told to do this by the government and are only following instructions.
Councillor Bowers has challenged the Leader of Bassetlaw District Council – Simon Greaves to tell the truth and stop telling lies to Bassetlaw residents. He said ‘’The government only issues guidance to local authorities on the maximum amount of increase. For the coming year 2022-23 the maximum allowed is 4.1%. However, each local council can decide if they want to increase rents or not. The government has not instructed any council to increase rents. The government issues guidance only on the maximum allowed. Bassetlaw District Council needs to stop telling lies to residents.’’

Here is the link to the government guidance:
https://www.gov.uk/government/publications/rent-standard/limit-on-annua…